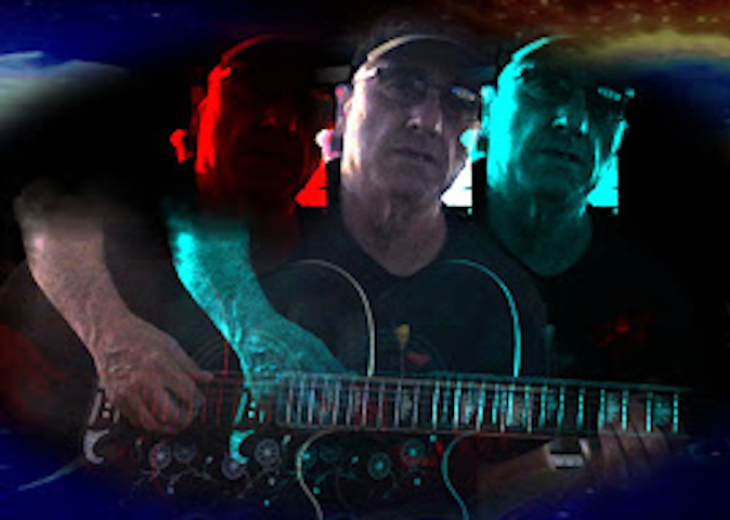 Ode To The Lizard King - iAndroid.live

Iggy Ice Publicity had the pleasure of interviewing his/my own boss this morning when he released a track written in 1977. The video interview will be available in 8 weeks when the song is remastered for iTunes. In the meantime, for a preview of the song, visit our new website at: www.iandroid.live.  I've included Android's personal track notes in this blog so you can get an idea of how this song fits into the Paradox Of Paradise.

Artist: iAndroid CD: Dragon FestLabel: MOG TOG VOG, E.G., Inc.All Rights Reserved - iAndroid.live (TM)Track notes:1. This song was released in 1977 with the name: (Counting Colors)2. Performed live (solo) on my 1967 SG with a Roland Jet Phaser3. Rerecorded in 2020 with a Boss ME-80 Multiple Effects 4. This track is part of the soundtrack for the mini series "The Paradox Of Paradise".5. The track is early in Act I6. Android, Hermes & Aza time hop to July 3, 1971 to pick up the soul of Gabriel Dior, Android's older half brother.7. Gabe's soul resides in a musician's host body about to commit suicide. 8. The 3 watch as Jim Morrison empties a bottle of pills into his hand.9. Gabe leaves the host to DIE: decrease in energy 10. He is immediately admonished by Android for breaking dad's rules and taking the easy way out back home, (suicide). 11. He was suspended for 20 thousand Earth Years once before, and this infraction nets him 1,000 years in chains.12. One by one the colors leave Gabe, and are absorbed in the the Collective Soul housed in the Starship Dragon, docked on the dark side of the moon.13. Aza is told to strip Gabe of two sets of wings, leaving him with one. He is downgraded from an Arch Angel to Angel, until little brother Android can fix the mess made during the 1st Rebellion.14. Hermes has to deliver Gabe to Camp Zeta since only 6 winged Angels can shimmer.15. The Queen review's Android's charges against the eldest of the Dior Family. She upholds his field command decision.16. In this scene the Lizard King is decreasing in energy while three female groupies party with him. He projects images from his mind onto the walls as his soul is transitioning. The humans just think it is part of a psychedelic light show and are oblivious to what is going on.

Visit: www.iandroid.live today. It's pretty new so we're still adding and changing songs and CDs. The songs on this site will all have scene descriptions as soon as our Interns and Mentors return to our program. In the meantime, Rosie is doing the best she can going over the script with me and Android to prioritize the uploads. The songs and CDs on the site presently may change soon, however all iAndroid tracks and CDs are available on www.iggyice.us. Join today for free. Both sites have language translators and are secure gateways for our e-commerce. Sign up is easy using your social media accounts. The first 1,000 who join for free will be automatically entered into a drawing for a $100 Amazon Gift Card. According to a musician fiend of ours who know odds, those are pretty good ones, a thousand to one! Some restrictions apply naturally. The lawyer told me to say that. And sing this is a contest of sorts, the official program will have guess what? It's own website and it's already being developed. So get in now and when I reach 1,000 subscribers, not only will someone will that gift card, Rosie is lining up at least one of the same from all 14 of our sponsors. Other give aways will be noted on that site in about two weeks.

We have two new sites under development as well. I'll get an update on their progress by COB today, and add to this post. Let's get behind Android as he makes moves to take his name and brand to the next level. The trade marking of  iAndroid.live is done, and now with your support we can apply to Bill Gates who has a tendency to help charities. Mr. Gates, Sony and MK will hold our project in a much higher light when you, our friends and families get on board. Organic marketing is just about all this little record label can afford until our advertisers and sponsors come throug. If you can't afford $1.33 for a track or 20 bucks for a CD, it's cool. There are so many other ways you can help Happy Always 4 Kids, Live Theater Improv, a program of the Android Foundation. My boss spent thousands of dollars resubmitting to the Charity Bureau to modify the existing bylaws established in 1994, to include seven new programs. While others use social media and third party platforms, he built his own. When I asked him how? He said he used his cell phone to loss 70 pounds by researching everything he ate, and that you'd be surprised what you can learn online when properly motivated.

In search of that elusive song, my boss has recorded 60 play lists each with 19 songs. Some repeats, do overs, and a redux or two or more will go on iTunes for streaming. The songs go on line immediately after recording, and then are edited afterwards preserving the original frequency he said. "That's how I came up with the Music 4 Life Program. Buy it once, lose it, damage it, change devices or accounts and just email me and I'll send you a replacement.  When I rerelease a new version of the track, simply ask and I'll send it to you via email for free, along with all of our new Artists' current promotions.." he said. "When you buy a CD, if I rerelease it with a new track or modify a track on it, I'll send you the new files as well as." He mentioned.

We now have a few Artist on www.iggyice.us who are part of Music 4 Life. We are adding a new very talented songwriter & storyteller, Modo, soon. In the meantime make sure you join iBella as a customer, and if you are in the music industry, use my contact pages on all my sites to get your .mp3 and video to Rosie for review. We'll promote them for free even if you decide not to join our paradigm. We have established 9th Gate Digital Media to liaison all digestion reviews and distribution.

If you are interested in working from home, we have a very unique opportunity coming shortly. I'll update that position by COB when we hear from our Engineers on the progress of our new websites.